Developing a recognisable brand for a tactical wear manufacturer

KAMOTEX is a textile and apparel manufacturer based in China and the US. They specialise in battle dress uniforms and protective gear for physically demanding professions like security and military, extreme sport, and airsoft enthusiasts.

As a growing manufacturer in a very specialised industry, KAMOTEX needed an identity that reflects the newness of the brand and the distinct features of the industry to position itself as a recognisable brand.

When the CEO approached us, they also asked us to help them name their new business. INQOVA approached the project by brainstorming on all possible inspirations in the military and security industry that we can use to base our creative directions. We found out that one of the distinct elements is the camouflage pattern.

After narrowing down the name selection, we ended up choosing KAMOTEX the name. The name KAMOTEX is a combination of two words: camouflage and textiles, the essences of a military attire manufacturer. To visually symbolise the brand personality and the name, we designed the brand's logomark as a chameleon, an animal that camouflage according to its environment.

KAMOTEX's brand colour is very straightforward in black and orange that embodies the mysterious and dark masculine vibe with a bit of splash for alert orange here and there. To complement the brand personality, we use a camouflage pattern as the most authentic expression of the brand in graphics and illustration format.

We further amplify the military brand personality through the typeface selection. We selected a condensed, almost a DIN look-alike typeface to accentuate the iron cast sign and stencil typeface feel from the military environment.

With the modern and adventurous branding, KAMOTEX will surely stand out from the rest of its tactical wear manufacturing business landscape. The new branding is now applied to its first-ever sales booklet and awaiting to woo its readers with the chameleon brand appeal.

Developing a recognisable brand for a tactical wear manufacturer

Learn more about this project 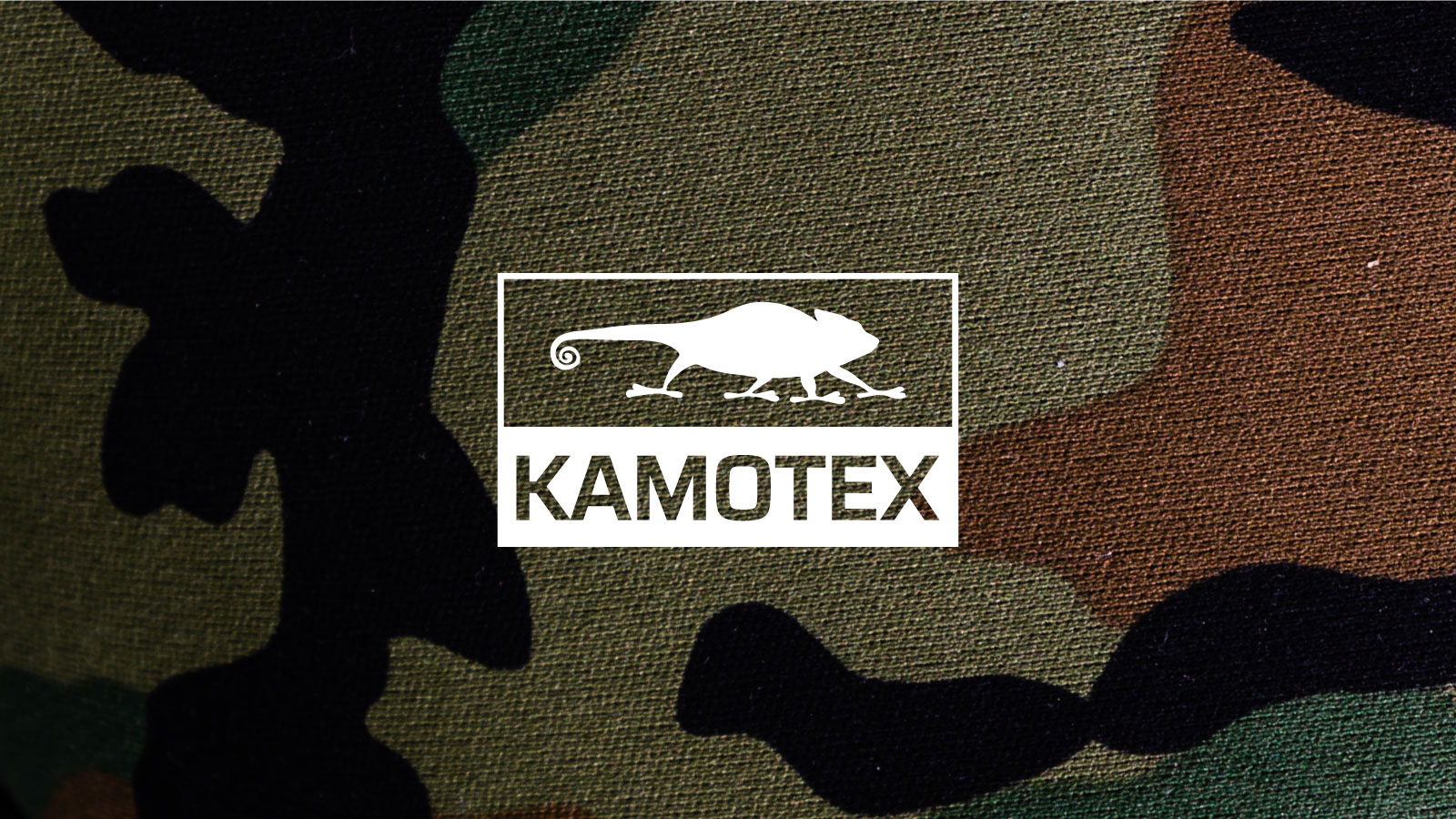 An identity that reflects the newness of the brand and the distinct features of the industry to position itself as a recognisable brand.

Learn more about this project 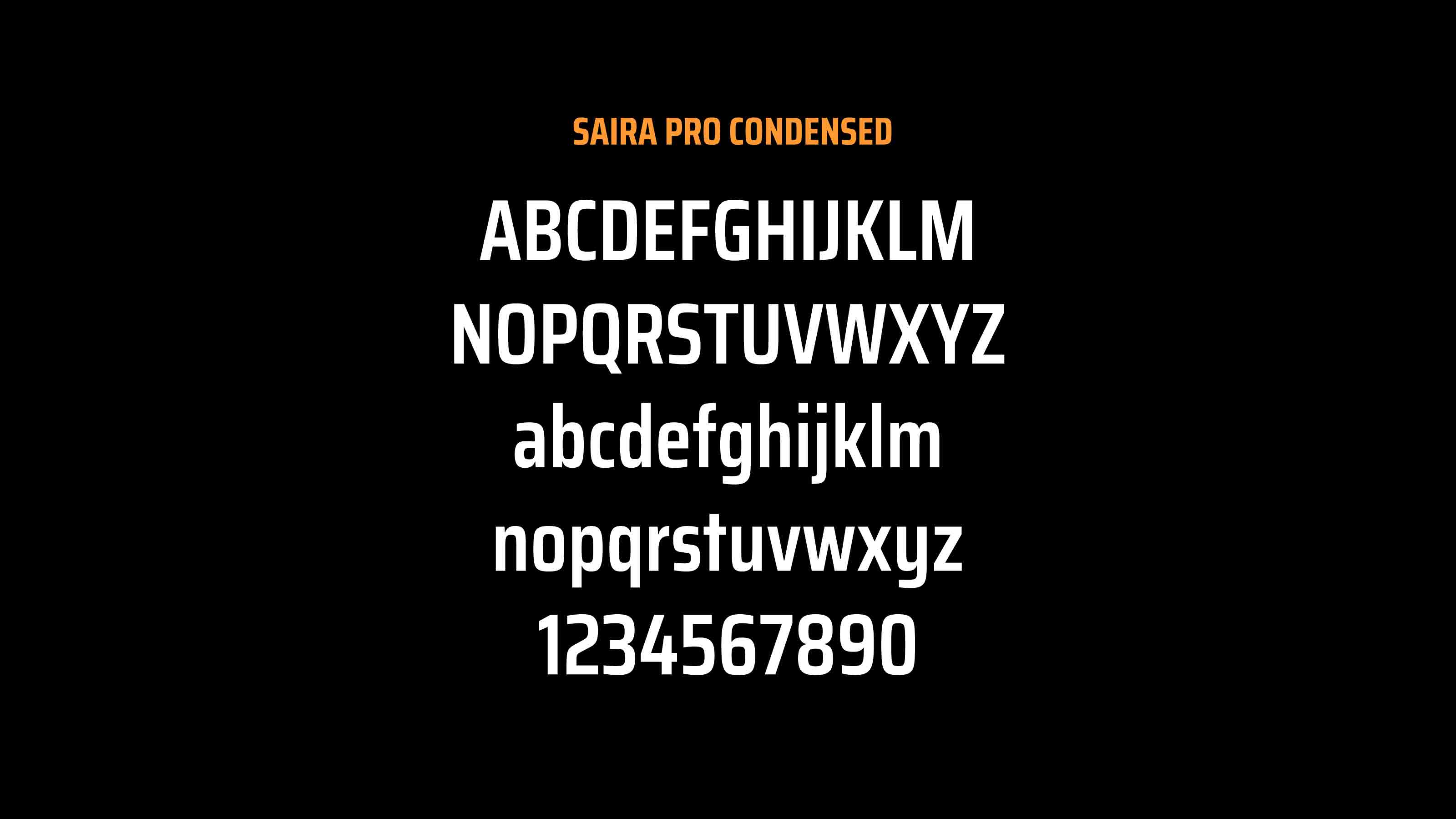 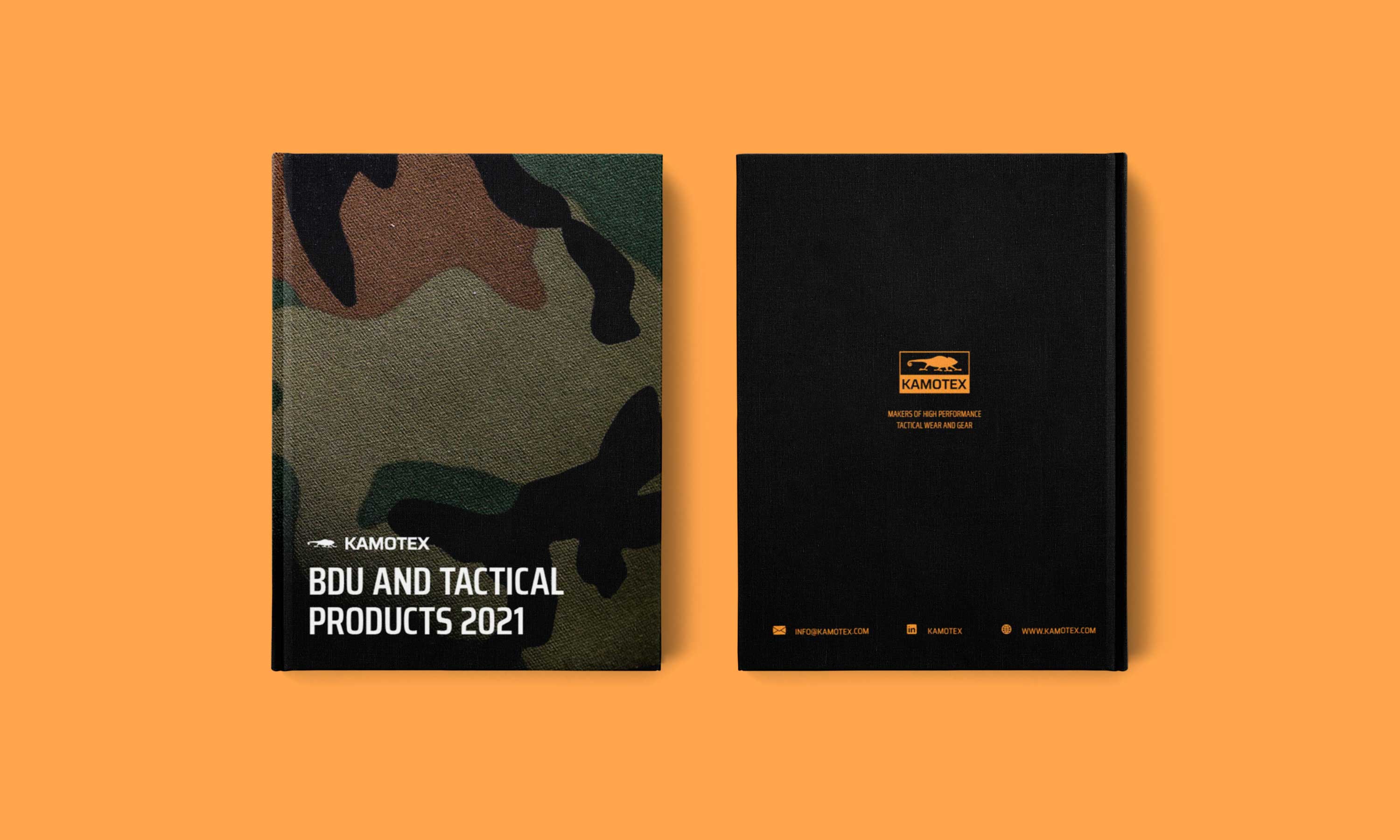 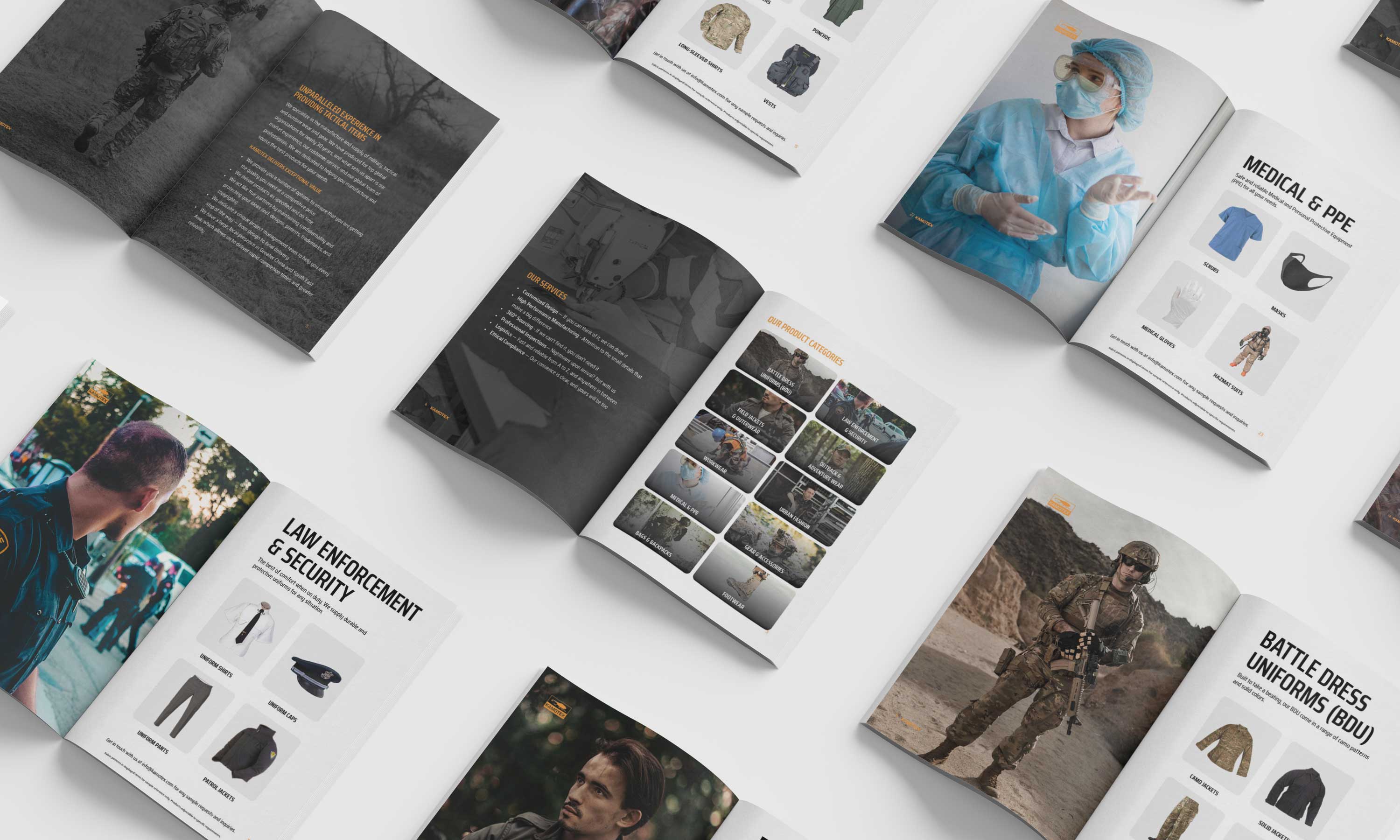 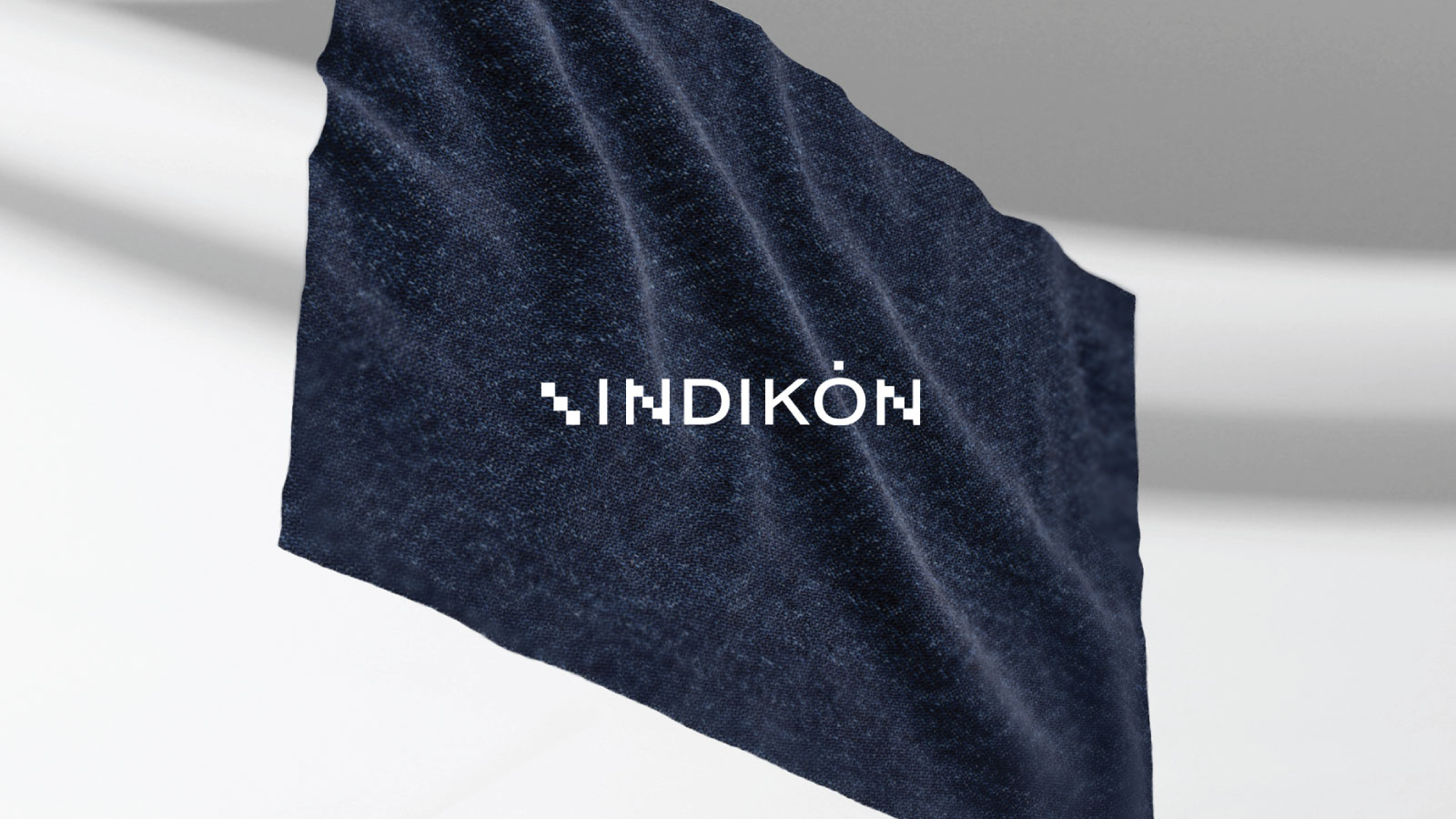